Christina Aguilera Shops For A Vampire With Max 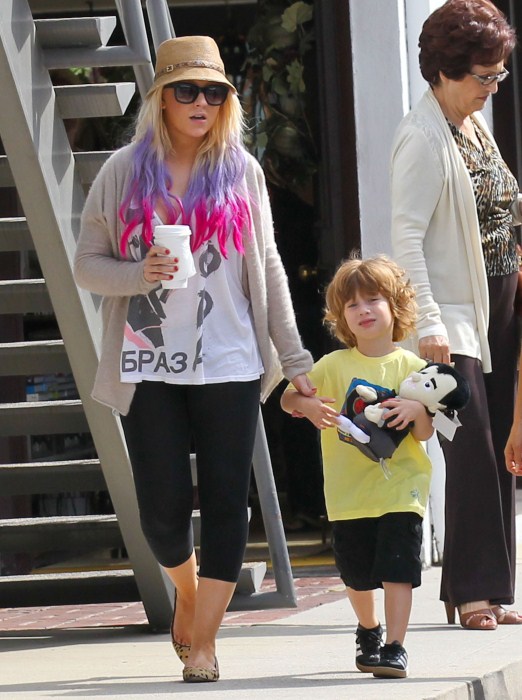 Christina Aguilera and her boyfriend Matthew Rutler were spotted taking her son Max shopping at Souleiado in Brentwood, California on Saturday. Aguilera wore a loose fitting top under a beige sweater with black tights and leopard print flats as she held a coffee in one hand and the tot’s hand in the other.  Little Max looked adorable as he smiled and giggled with his mom while carrying his new Vampire stuffed toy.  Rutler followed next to the two.

Last Friday, the singer debuted the cover of her new album, Lotus via her Twitter page.  The cover shows her emerging naked from a lotus flower.

“It’s a very multidimensional record, full of layers, and love,” Aguilera tells of the new album.

“There’s a Lotus intro that sort of sets it all up and gives out the tone from the second you put on the record. And it is all about vocals. The first thing you hear — just vocals on the CD. Which was really important for me, coming off The Voice, to inspire that next generation of raw, great, talented vocalists.”