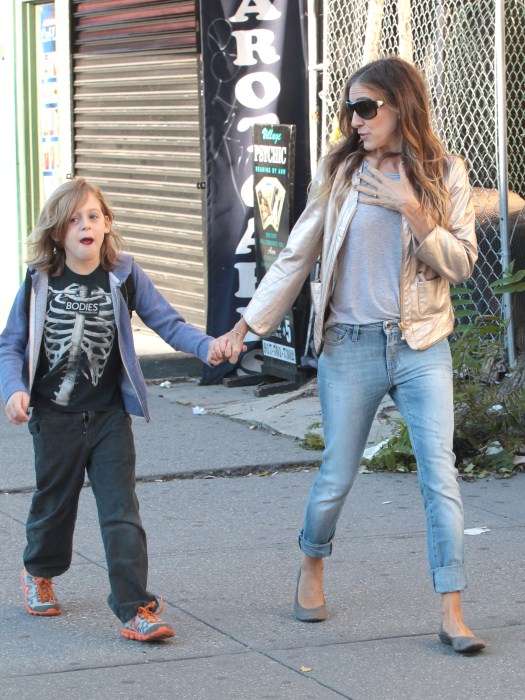 Sarah Jessica Parker was spotted taking her three children James, twins Marion and Tabitha to school in New York City on Tuesday. Nine-year-old James dressed casual in jeans, a bodies black shirt and a blue sweater as he held his mom’s hand on the way to school. Parker then went back home to pick up her three-year-old twin children, so she could bring them to preschool too. The actress pushed Tabitha while a nanny pushed Marion.

The Sex and the City star is set to make a guest appearance on FOX’s hit TV show Glee.  She will play a “frazzled and eccentric” online editor of Vogue.com who encounters Kurt and Rachel in New York City.  Earlier in the month, Anna Wintour advised the actress on her new part over lunch.

“That’s sort of where we encounter this character, who’s sort of frazzled, eccentric, hilarious. It’s gonna be good.”

Parker’s husband Matthew Broderick is also set to hit the small screen for a guest appearance on Modern Family. ABC confirmed the actor will join the comedy show as a “neurotic new friend” of regular character Phil Dunphy.

Drew Lachey: The Dancing With The Stars “Sink Tone” Will Confuse My Daughter