RuPaul is Itching to Do a Duet with Honey Boo Boo 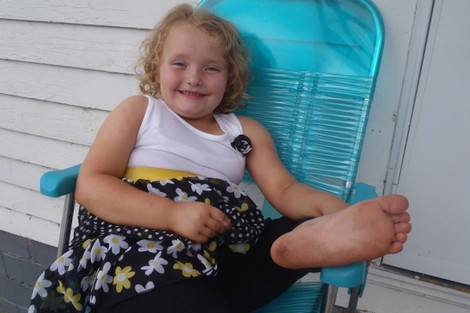 It’s not just Middle America that has found something endearing about Here Comes Honey Boo Boo, celebrities are jumping on the bandwagon as well. RuPaul, everybody’s favorite drag queen, is itching for the opportunity to record a duet with Alana Thompson, the shows pint sized star.

The star of RuPaul’s Drag Race talked to E! News about the possibility saying,  “I’m doing a duet record and I’m here to ask Honey Boo Boo Child to be my duet partner! She is real. She is lovely. She’s funny. She doesn’t take herself seriously. The whole family doesn’t take themselves seriously. It’s really just good fun. I love anybody who dances to the beat of a different drummer”

I guess it makes sense that RuPaul would take a liking to the whole pageant thing. Tons of make up, big hair, costumes dripping with sequins and glitter- all things that child pageants and drag queens have in common!  Would Alana’s mom, June Shannon, allow her daughter to team up with RuPaul?  I’m betting she’ll be on board because it’ll ultimately mean more money and fame for (her) Alana.

Have you caught any of Here Comes Honey Boo Boo? What do you think it is that is making this show more popular than Keeping Up with the Kardashians?  Is it the pageant thing or is it the fact that they are redneck hillbillies to the millionth power? I mean pageant footage is one thing, watching a 300 pound woman climb through a dumpster looking for “new” clothes is another!  Tell us your thoughts in the comments below!

Tori Spelling Wants To Adopt In The Future

Suri Arrives At Her First Day Of School