Suri Arrives At Her First Day Of School 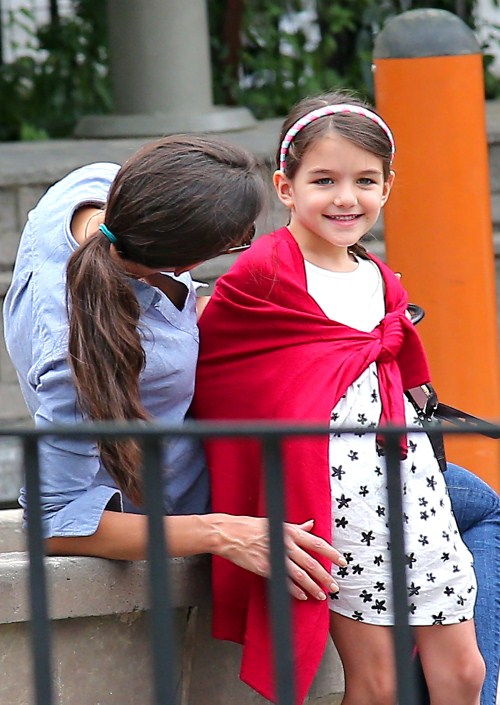 On Tuesday morning, Suri attended her first day as a first grader at the exclusive Avenues School of New York City’s Chelsea neighborhood.

Escorted in a SUV with mom Katie Holmes, Suri was spotted biting her nails through the tinted window. The six-year-old sported a pink bow in her hair and carried a matching pink cheetah-print backpack. Unfortunately for Suri, she will not get to show off her fashionista skills as the school  has a strict uniform policy. Students must stick to white, grey and black clothing.

“Katie has eagerly been telling Suri all about the lunchrooms, basketball courts and different activities Avenues offers. Suri’s really excited about it,” a source told Life&Style.

Holmes decided to stop homeschooling Suri after divorcing Tom Cruise. The actress wants Suri to have a normal life and go to school like other children her age.

RuPaul is Itching to Do a Duet with Honey Boo Boo

You might also likeMore from author
Back To School