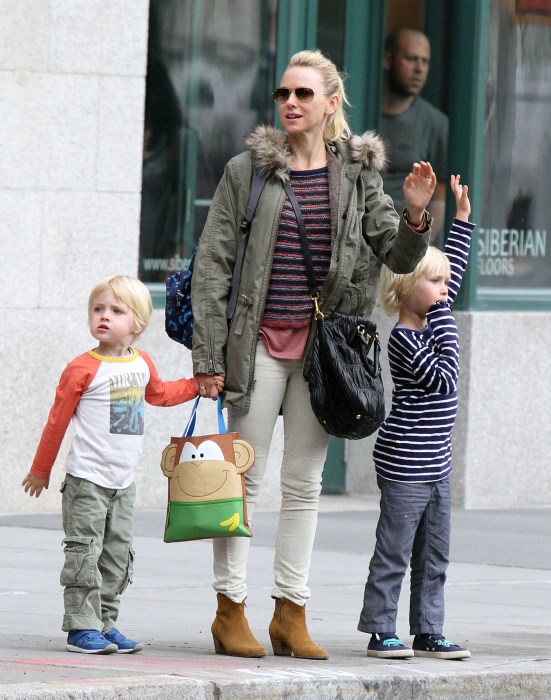 The Diana actress was spotted picking her children Alexander Sasha and Samuel Kai up from school in the Big Apple on Thursday. Like many Big Apple mom’s she successfully made sure her boys kept off the crazy streets and  juggled their school bags all while hailing a yellow taxi cab.

Five-year-old Sasha who wore a striped shirt and jeans tried to help his mom find a taxi and held his hand up to hail one. Three-year-old Samuel, wore cargo pants and a baseball shirt while waiting for a taxi to stop.

The actress recently told she believed she had made it in Hollywood when receiving her first standing ovation for her work in the hit 2001 film Mulholland Drive.

“There was a standing O. I’ve learned, you know, you can get a standing O often, but that time it felt very, very big,” she told The Hollywood Reporter.

“And there were a lot of people really looking at me in the eye very closely. I was like, ‘Whoa! What’s going on here?’ I couldn’t get a handshake before, much less eye contact,” she added.