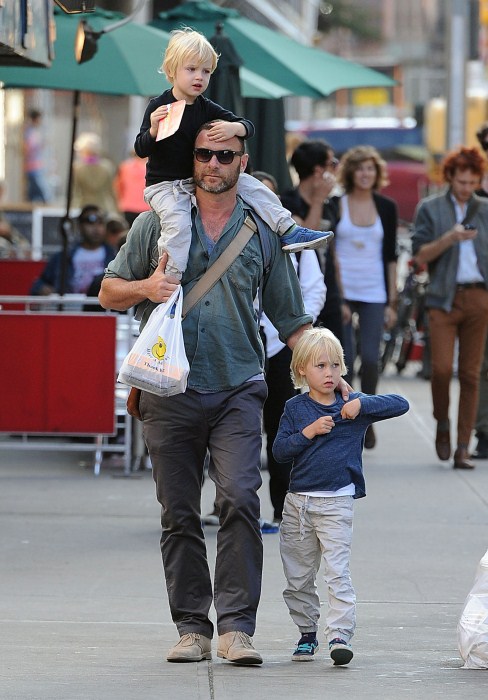 Liev Schreiber is one cute daddy!

The actor spent some quality time with his two sons five-year-old Alexander Sasha and three-year-old Samuel Kai in New York City on Monday.  The youngest tot, Samuel looked absolutely adorable while riding piggyback on his father’s shoulders. Schreiber also made sure his other son was safe and protectively rested his hand on him.

Schreiber’s wife Naomi Watts picked the boys up from school last week. Earlier, in the months the actress visited the Venice Film Festival with Schreiber to attend the premiere of The Reluctant Fundamentalist. She also made a stop at the Toronto International Film Festival to debut her upcoming drama, The Impossible.

Schreiber has also been busy with his acting career. He stars in upcoming Lee Daniels directed film The Butler where he plays former U.S. president Lyndon B Johnson. The movie follows an African-American man played by Forest Whitaker who served as a butler in the White House for more than thirty years, tending to eight Presidents. Alan Rickman stars as Ronald Reagan and Robin Williams as Dwight Eisenhower.

The sure to be hit film will be distributed by the Weinstein Company next Christmas 2013.