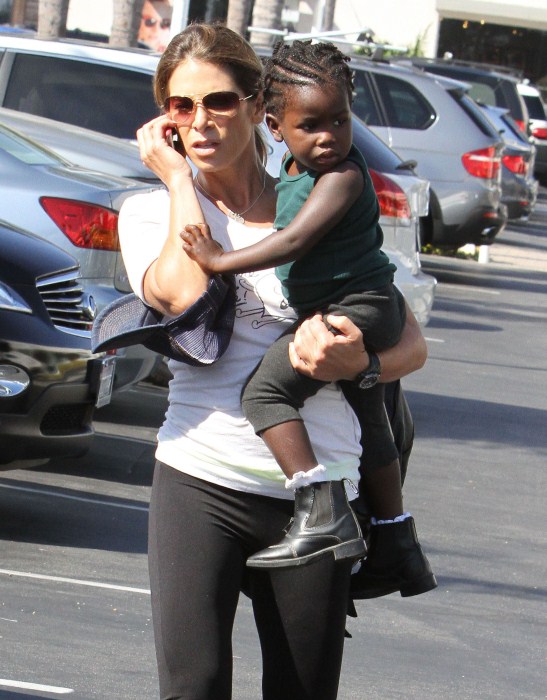 Jillian Michaels was spotted having lunch with her adopted daughter Lukensia earlier today in Malibu. Lukenisa wore grey tights and a green tank with black boots as they enjoyed lunch. The fitness-master wore casual stretch pants and a white top as she juggled talking on cell while holding her adorable tot.

The fitness coach and one of the protagonists of hit reality tv show The Biggest Loser will be making her much awaited return on said show this winter. The fitness mom took a year off for bonding with her children. Her and fiance Heidi Rhoades gave birth to baby boy Phoenix this past May which also coincided with the arrival of Lukensia into the family as the couple finalized a long process of paper work and legal matters.

Michaels opened up about being a mother recently and talked about how it can be tough even though she tries to do everything she can to include her children into her daily routines – and that includes… ding ding ding, FITNESS activities! And probably lots of em.

“It’s been hectic, chaotic, confrontational – all the things you imagine it would be,” said Anderson, “but it’s also been magical, meaningful, and rewarding,” she told.