Jennifer Garner: My Girls “Didn’t Pee In My Eye!” 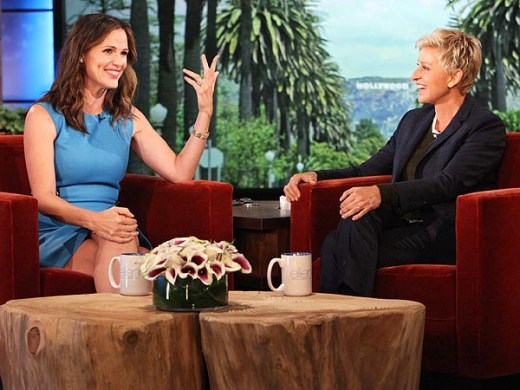 During a Tuesday appearance on The Ellen DeGeneres Show, Jennifer Garner who has three children, Violet, Seraphina and Samuel  with husband Ben Affleck admits she doesn’t plan to have more children.

“I am not pregnant right now,” Garner told. “I plan to be done. But my husband is kind of a wonder sperm kind of guy.”

“You never don’t know,” Garner responded. “You just have a look at him!”

Garner also admits raising her son Samuel is a different experience than her two girls.

Garner added that Samuel “is so chill and mellow. . . He’s perfect right now because he doesn’t move. But he sleeps pretty well. He reaches when he sees me and he laughs a lot. He thinks I’m super funny. What more do you want?”