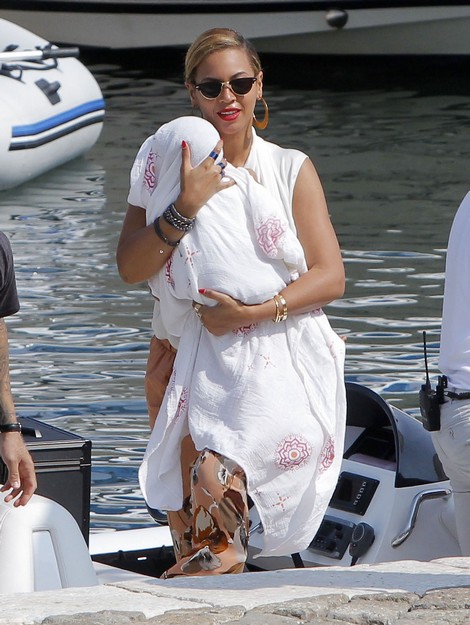 Beyonce and Jay-Z  were seen today with their daughter Blue Ivy Carter getting ready to head home after spending four days on a yacht in St. Barth, France on September 8, 2012.

The couple looked relaxed as they got ready to leave.  Guess they needed that time to recharge and what better way to do it than on a luxury yacht.  Blue Ivy is becoming a world traveler 🙂

Jay-Z, 42, recently spoke to The New York Times T Magazine about how difficult his childhood was and how tough he had to be.  He said, “[My brothers and I] would fight each other. My brother would beat me up. I was going to have to fight, I was going to have to go through some things, and they were preparing me. Blue] doesn’t have to be tough. She has to love herself, she has to know who she is, she has to be respectful, and be a moral person.”

Enjoy 10 pictures of Beyonce and Jay-Z with Blue Ivy below!