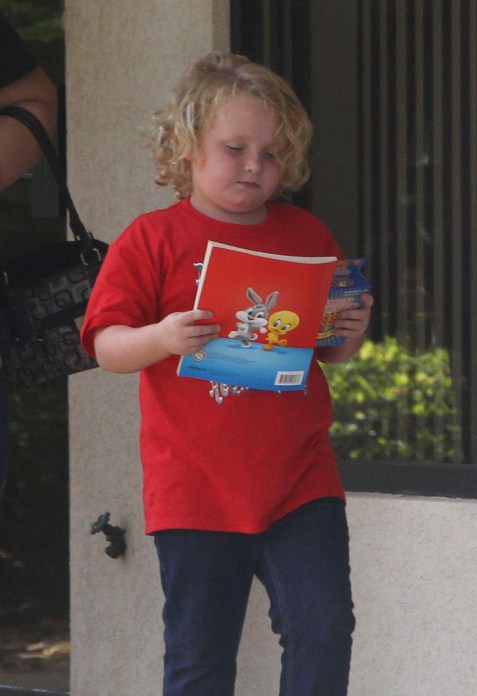 Honey Boo Boo has a bodyguard!

Reality TV star Alana Thompson aka ‘Honey Boo Boo’ was spotted signing up for a pageant in Dublin, Ga with her mother June “Mama” Shannon on Saturday. Honey Boo Boo wore a red redneck shirt along with jeans and sparkly Hello Kitty flats as she made her way out of the audition center. She must really be becoming a star because she was followed by a big husky bodyguard.

Even though Here Comes Honey Boo Boo show racked in more viewers than the RNC and DNC speeches the family is rumored to only be getting $40,000 for the entire first season of the show. That puts the family’s collective salary at only $2,000 to $4,000 per episode. Shannon, however  reportedly “laughed out loud” at the report. She declined to say how much the family really makes for the series.

As of recent, the family have been every in the news. Former co-host of ABC’s The View Joy Behar fears that the Thompson’s family’s nutritional philosophies have doomed Honey Boo Boo to obesity.

Return to Amish Spoilers: Jeremiah Raber and Sabrina Burkholder Are Back For Season 6…