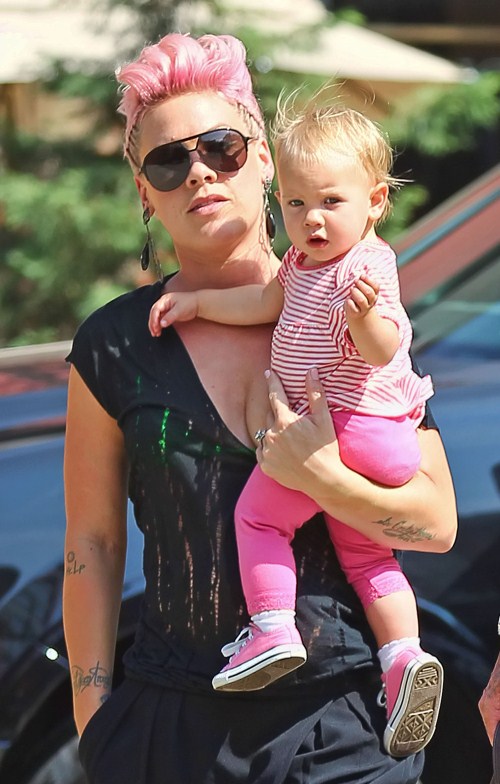 Pink who is happily married to husband Carey Hart and mother to their one-year-old daughter Willow Sage has revealed that she was not always so happy.

In an interview for the latest issue of Entertainment Weekly, the singer reveals that she was addicted to drugs when she was a teenager and even overdosed in 1995.

She was interested in playing a sex addict in the upcoming film Thanks for Sharing,

“Because I understand addiction.  I was a hardcore partyer from 12 to 15.”  She was “on all the club drugs,” even “selling Ecstasy and crystal meth and Special K.”  “I overdosed in ’95,” she tells.  “And then I never took drugs again, ever.”

Now Pink says she sticks to safer addictions, like shoes, and buying clothes for her daughter, Willow.

“I’m in so much trouble with [my husband] Carey for the s**t I buy for her,” she tells EW.  “Because a one-year-old shouldn’t have Diesel jeans.  But it tends to slip my mind when I see them because they’re so cute.”