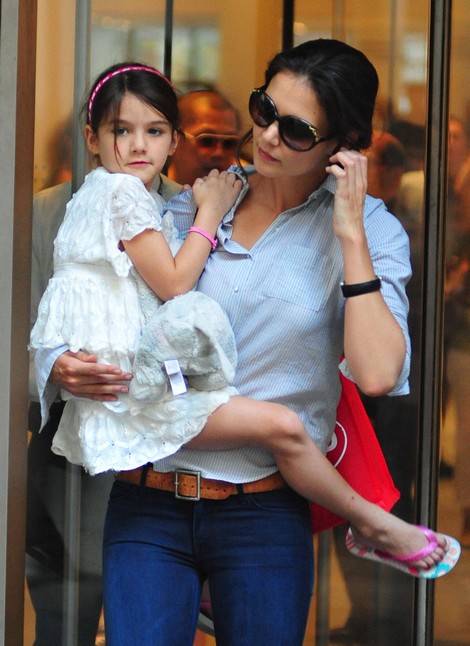 It looks like Tom Cruise and Katie Holmes’ daughter Suri Cruise won’t have to worry about money.  As part of the divorce agreement between her parents Suri is set to receive a “size-able trust fund.”  Now how size-able?  Well Suri will repordely be getting a whopping $260 million dollars when she hits 18.

A source toldRadarOnline: “Katie wanted the trust fund put in place for Suri so that their daughter will be able to tap into after she turns eighteen years old.  Katie has absolutely no access to the money and didn’t want to. She just wanted to ensure that Suri would have financial security as she becomes an adult.”

Considering the fact that six-year-old Suri already has a passion for designer duds and shoes I wonder how long it will take her to spend the $260 million.  Here is an thought,  perhaps she can now afford to have someone carry her around for the rest of her life since she does not like walking.

Reportedly, Katie Cruise did not get a huge settlement from the divorce because of the prenup.  But, she does get ample child support and she gets to keep all the millions of dollars of presents that Tom bought her during their marriage.