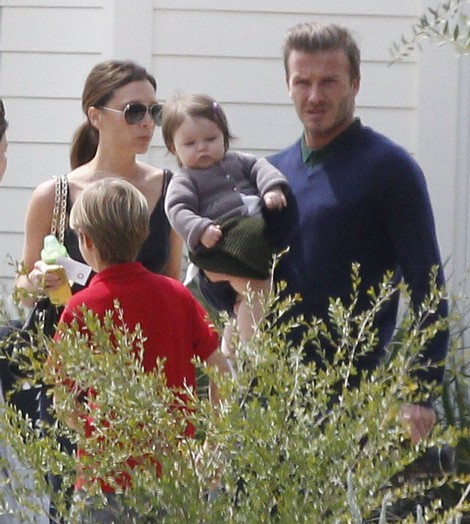 An Australian magazine claimed that David Beckham and Victoria Beckham were thinking of adding to their brood by adopting.  The couple already have four children, daughter Harper and  three boys Brooklyn, Romeo and Cruz.

A spokesperson for David and Victoria deny the claim and said, “David and Victoria have huge respect for people that choose to adopt but this is untrue. They continue to focus on raising their own four children.”

So there you have the story folks, the Beckhams have decided for not, four is enough!