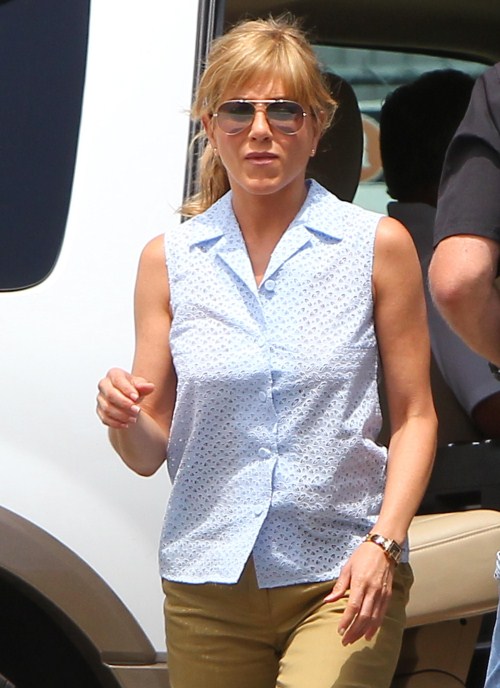 According to the National Enquirer, the actress’s mom, Nancy, spilled the beans on Friday she’s going to be a grandmother.

An insider close to Nancy claims,

“Jens pregnant and that she and Justin would have a wedding soon in Mexico. She’s so beside herself over the news she couldn’t resist spilling the beans.”

“Only a few days after Jen confirmed she and Justin are engaged, Nancy squealed to a few friends and family members, ‘I can’t wait — I’m finally going to be a grandmother!’

The insider also told the tabloid that the wedding will be thrown together rather quickly and take place in Mexico before the end of the year, because Jen doesn’t want to be showing too much when she weds.

Aniston and her mother have had a on and off relationship over the years. The two reconciled in 2005 and with the help of Theroux are closer than ever.

“Justin has been instrumental in smoothing over relations between Jen and Nancy. He even calls Nancy once a week to see how she’s feeling. He always tells her,

‘Jennifer loves you so much, and so do I.’

Jen knows that her mom’s health is deteriorating. So she’s thrilled to be sharing her wedding and baby happiness with her.Nancy  told her friends, ‘A grandchild is the best gift a grown child can give their mother.’”

Here are some picture of Jen on the set of her new film We’re the Millers in Wilmington, North Carolina on August 17, 2012. What do you think is she pregnant?