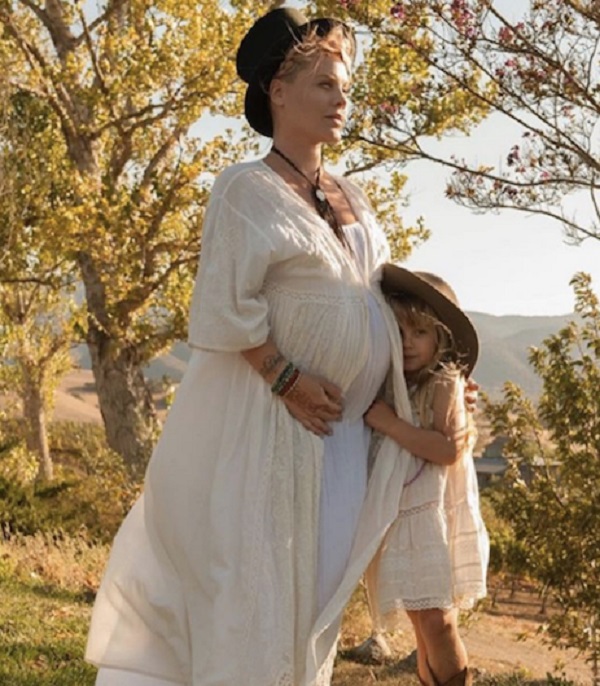 Pop singer Pink took to Instagram this week and shared a beautiful snapshot of her posing with her daughter Willow.  Willow always looks adorable, but Pink’s fans on social media were way more intrigued by the fact that Pink appeared to be very pregnant, and was sporting quite the baby bump.

In the photo Pink is rocking a stylish black top hat, and a white lacey maternity dress.  Her daughter Willow is hugging her mom and her bump, and wearing a similar outfit with cowboy boots.  The scenery in the background is gorgeous! The talented singer captioned the photo, “Surprise!”

Pink and Carey Hart have had their share of relationship problems over the years.  But, that hasn’t seemed to have gotten in the way of them raising their 5 year old daughter Willow.  And, it looks like sooner, rather than later, Willow will have a new baby brother or sister to play with.

Interestingly, Pink seemed to have foreshadowed this surprise pregnancy earlier this year, and we didn’t even notice.  In the Spring Pink appeared on Good Morning America and hinted that she and Carey Hart were looking to expand their family.

The singer dished on the GMA stage, “I love being a mama.  I made a choice a long time ago that I was going to have a successful family and that is my absolute number one goal in life.  I feel like I have two kids right now.  I would like a third. No, I want to say that Carey Hart’s an awesome husband and a really good dad, but he’s also like a second child.”