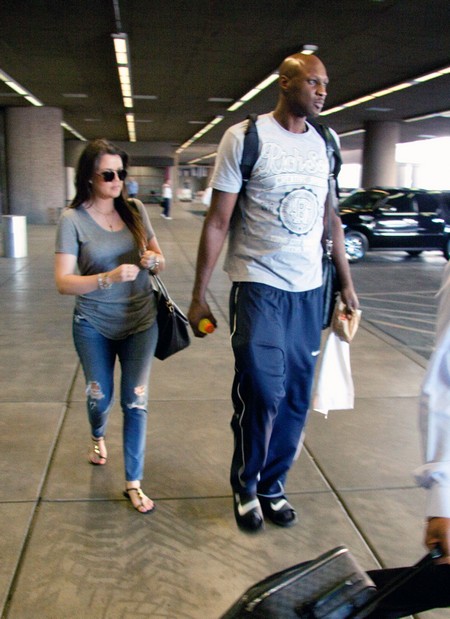 It’s hardly a secret that Khloe Kardashian has been struggling to get pregnant for the past several years, but now her husband, Lamar Odom has insisted they put the baby plans on hold for now.  Khloe is obviously the most maternal of the whole Kardashian crew and was said to be “exploding with joy” over the recent birth of Kourtney’s little Penelope. It’s rumored that Lamar has asked her to help him focus on his career for the upcoming season, after coming off a horrid run in Dallas, he feels that he needs to prove himself to the LA Clippers and he needs his wives’ support.  According to InTouch magazine, Khloe has agreed but that isn’t taking her own personal hurt away.

“[Khloe] and Lamar are taking a break from trying to have a baby while he settles into his new job back in LA,” and insider told In Touch magazine.  “Lamar said that he and Khloe were trying for a baby, but admitted that he’s not ready because he needs to give his all to his game.”

It has been so hard for Khloe to get pregnant, and now the reality star is putting her husband’s career first — and blaming herself.  “Khloe feels like a failure,” the insider said.

Should Khloe put her baby plan on hold and shift her focus for awhile?  Who knows, maybe she’ll be one of those women that stops actively, purposely trying and then finds themselves quickly pregnant because the pressure is off.  Is it right of Lamar to ask his wife to take some of the added pressure off, if only for a few months?  Tell us what you think in the comments below!