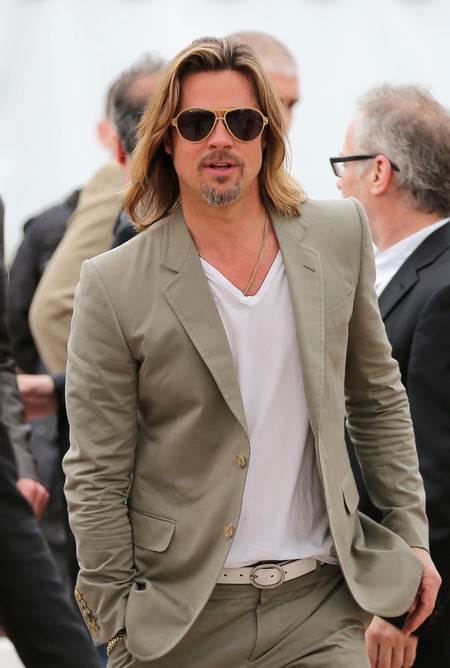 Brad Pitt is the first to admit that it’s not easy to parent six kids alongside Angelina Jolie, but he says that he’d do it no other way.  While some of us are equally fulfilled and over whelmed by a child or two, Brad tells Now Magazine that he thrives on the chaos that six kids bring into his life on a daily basis.

“It’s the biggest pain I’ve ever experienced, I love it and I can’t recommend it any more highly – although sleep is non-existent. It’s chaos at times, but there’s such joy in the house.  I had a friend who had a big family when I was a kid and I just loved the chaos around the breakfast table and the fighting and the ribbing. I just decided then if I was ever going to do it, that’s the way I was going to do it.”

Brad and Angie have been together for about seven years now and he knew what he was getting into right out of the gate as she already had adopted two children before they hooked up.  Perhaps that desire for a huge family is one of the things that brought these two together and it has since surely helped to bond them.

Do you think that Brad is really happy in his life with Angie and the kids?  I mean, if he wasn’t would he actually admit it to the press?  Do you think that they will defy the odds and end up a long running Hollywood couple?  Tell us your thoughts in the comments below!