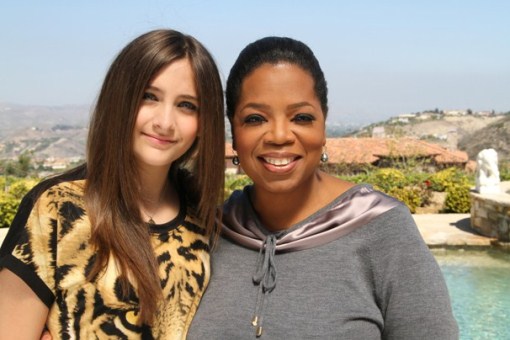 In an interview with Oprah, Micheal Jackson’s 14 year-old daughter Paris opens up about why her father insisted that she and her two brothers wear a mask when they went out  in public.

“I was really confused. I didn’t get why I was wearing a mask. But I understand it now – why my dad would want our face to be covered. When we went out without him we wouldn’t be recognized,” Paris tells.

Paris insists her father wanted them to have a normal childhood because he missed out on his.

“We had a normal childhood. He told us that when he was younger he didn’t really have a childhood. He would always be stuck in the studio singing while the kids were out playing. He wanted us to have that. Chuck E. Cheese’s and Toys R Us were our favorite places to go.”