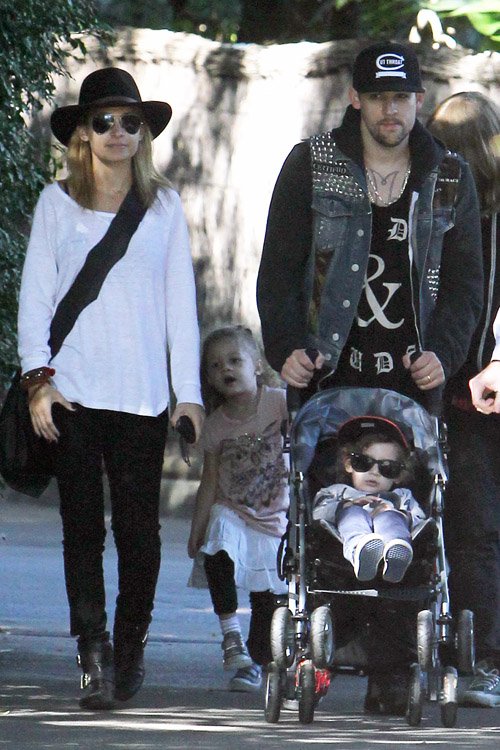 Nicole Richie and husband Joel Madden took their two children Harlow and Sparrow Madden to the zoo in Sydney, Australia today. The family appeared to be having a good time as they viewed the different animal exhibits. Richie and Sparrow even fed a giraffe with a very a long tongue.

The family are currently in Australia while Joel makes his debut as a reality TV judge on The Voice, alongside his fellow panellists Delta Goodrem, Seal and Keith Urban.

In an interview with The Sunday Mail, the 33-year-old hinted the family would relocate for a while.

‘We are looking at schools and talking about maybe leasing a place for the next year,’ he told.

Hilary Duff: “I’m Not Stressing” About Losing The Baby Weight