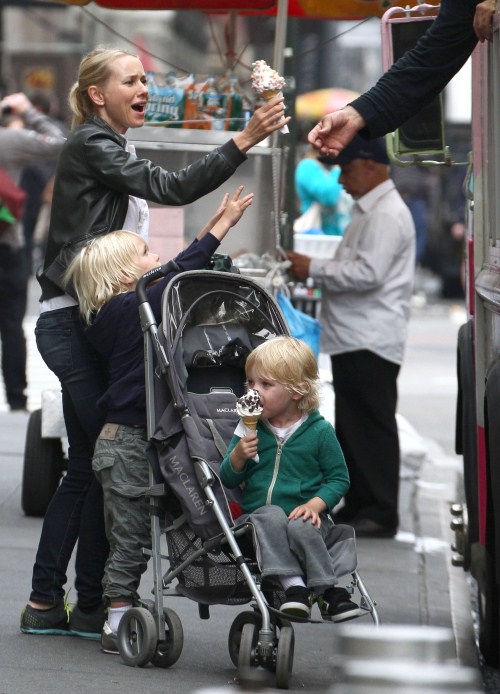 Naomi Watts and was spotted enjoying a day with her sons Alexander and Samuel in New York City on Wednesday.  The trio took a walk around the city and stopped for a ice cream from a street vendor.  Watts who wore skinny jeans, a white top and leather jacket took a bite of two-year-old Samuel’s ice cream while he held it.  She then proceeded to by a second ice cream for four-year-old Alexander.

Watt recently revealed she would have another baby is she were guaranteed to have a baby girl.