Kristin Cavallari and Jay Cutler are having a boy! 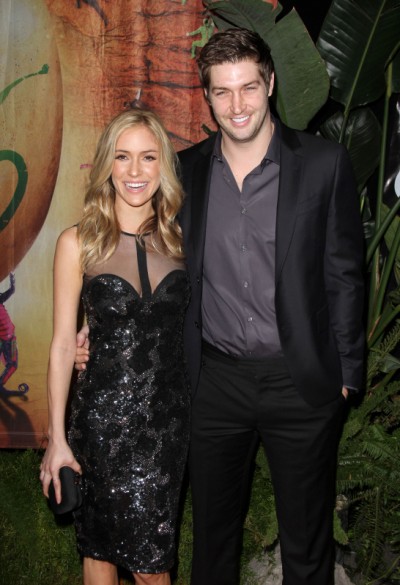 The cat’s out of the bag! Reality star Kristin Cavallari and fiance quarterback, Jay Cutler, are having a boy!

Did Bennett not get the memo? Usually the soon-to-be parents like to release that kind of sensitive information! Kristin and Jay still have not confirmed Bennett’s faux pas.

The couple briefly ended their engagement before getting back together in 2011. The are not planning to get married before the baby is born. Rather, Kristin sees another baby in her future before she walks down the aisle.

“We were talking about the possibility of having another kid right away and then getting married so we can have two kids close in age,” Cavallari opened up in a recent interview with Glamoholic. “We want four kids, so we’re thinking maybe have one more, then get married, then have two more. But we’ll see — it all depends on how the first one goes.”

And it appears to be going just fine. Kristin has revealed she’s had a pretty easy pregnancy so far and even ironically expressed impatience over not knowing the sex of the baby back in February. She said she was “dying” to know and couldn’t understand how some people decide to wait. Well, apparently, she didn’t wait to know and now the whole world doesn’t have to wait either. Sorry Kristin! Congratulations again anyway!

Have you ever had someone spill the beans on your pregnancy before you had a chance to tell people? Were you mad or just so happy over the news you got over it quickly? Let us know!