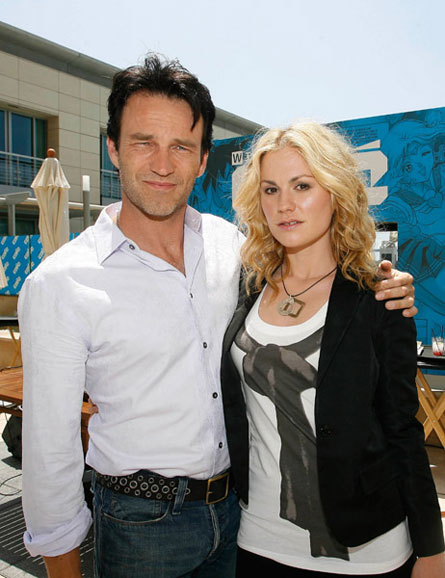 Anna Paquin and Stephen Moyer who play Sooki and Bill on True Blood are expecting their first child together.  The two have been married since August 2010.

This is the first child for Anna and the third for Stephen who has two children from previous relationships, a son named Billy, and a daughter, Lilac.

Congrats to Anna and Bill!