Liev Schreiber Out with His Boys at the Park (Photos) 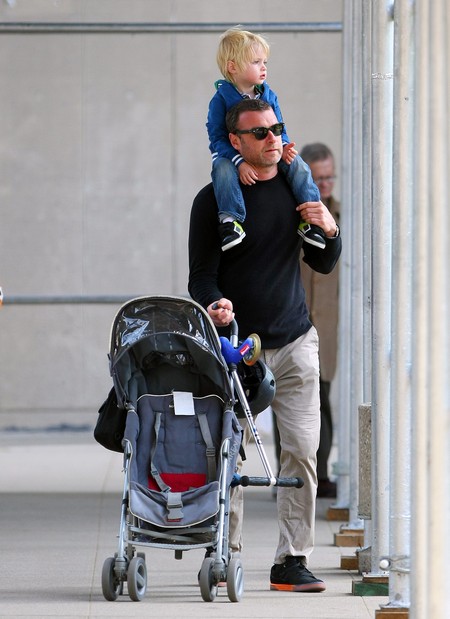 Actor Liev Schreiber was spotted enjoying a day at the park with his adorable sons, Alexander (Sasha) and Samuel, in New York, New York on April 30, 2012.

Liev has been in a relationship with Naomi Watts.  There have been rumors for years that the couple are married but neither of them want to rush into marriage and they claim the rumors are not true.

Click on the thumbnails below to enlarge more pics of Liev and his sons in the park!