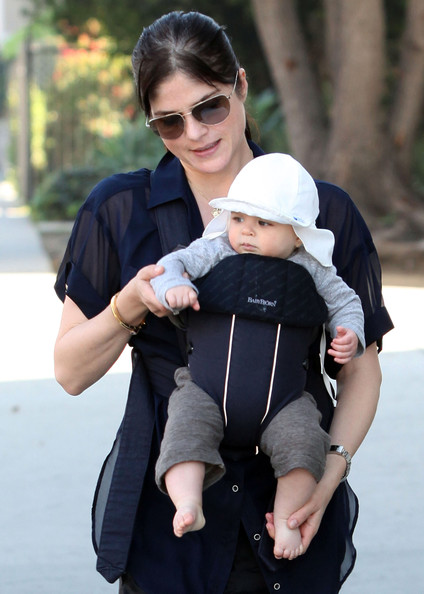 Selma Blair’s says her eight-month-old son Arthur  is very “sweet and outgoing” and is already showing signs of being musical.

“[He is] sweet and outgoing. He loves music, he loves to bang on the drums,” she tells.

“He also doesn’t mind being teased, he’s an adrenaline junkie. He likes to be thrown up in the air.”

Blair who is set to star in Charlie Sheen’s new TV show Anger Management admits she is finding it difficult leaving Arthur.

She told People: “I never want to leave his side. I’m one of those hovering mothers and I know it’s really important to have an independent child, so I’m trying to back off, but it’s hard. I love him so much, and he’s so funny and cute to me.”