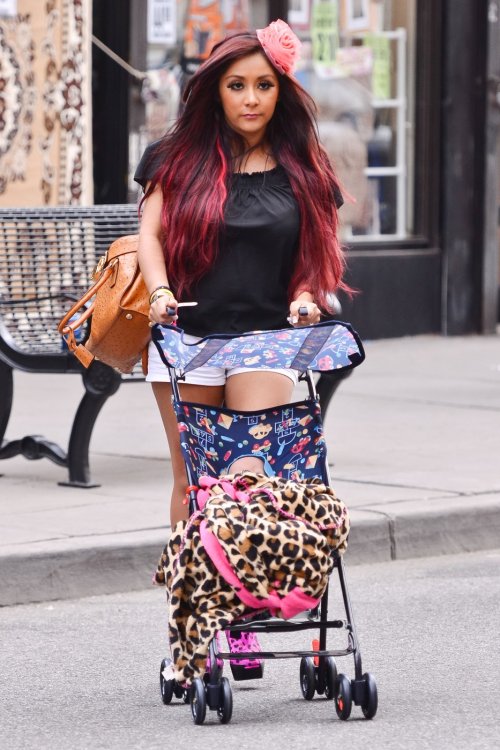 Mom-to-be Nicole “Snooki” Polizzi brushed up on her parenting skills while filming her Jersey Shore Spinoff with friend JWoww in Jersey City, NJ this week.

The roommates purchased strollers for their practice infants and later went to a children’s clothing store to buy outfits. Snooki was later photographed holding her doll, which was draped in a cheetah-print blanket, and pushing it around the city in

How typical of her to exploit her pregnancy on reality TV!

“I’m Pregnant and I Know It” Music Video