Heidi Klum Opens Up About Her Children To Elle 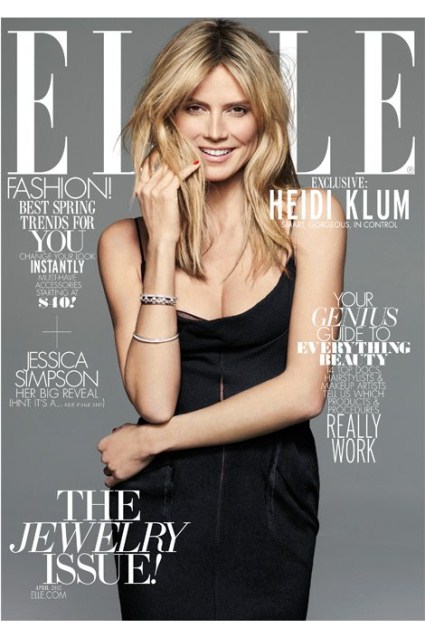 Mother of four Heidi Klum has been gushing to Elle magazine about her children. She’s also revealed how they’re doing in the wake of her shock split from Seal earlier this year. The 38 year old is opening up about family life in the April edition of the mag.

The German born supermodel says she feels most beautiful when she’s surrounded by her kids ‘to be honest, it’s with my children. In my job, people tell you that all the time: ‘This shoot was great. You look amazing.’ But you never know what they say when you turn away. You can’t think about that—you’d go mental. But the kids don’t edit anything. When they kiss you and tell you they love you and say, ‘Mama, you’re the best’ — that’s really the only thing you care about.‘

Heidi mentions the marriage breakdown after seven years but is guarded when asked what happened given she has four little ones to protect ‘People don’t need to know who did what. I don’t want to talk positively or negatively about the ups and downs that we had. Every couple goes through things. Unfortunately, we’re in the public, so the highs are out there. But I don’t think it’s necessary— especially for our children—to have the lows being printed in magazines and talked about. I’m a lioness. I have four cubs. I’m a mom. I want to take care of my kids and protect them says. I don’t want to talk about them, or him, or me.’

Birth Center VS Midwife In Hospital

Pregnancy Tests: Which Are The Most Accurate?