Pregnancy Tests: Which Are The Most Accurate? 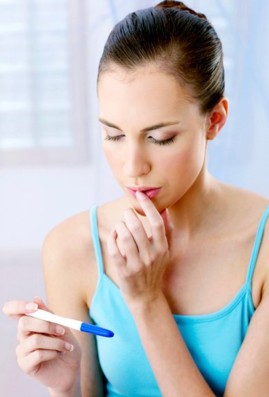 Becoming pregnant is a huge deal. For me, I was eager to find out if I was pregnant ASAP. The first time around I opted for the First Response Early Result Pregnancy Test. Of course, I bought the double pack – just in case.

This test advertises itself as the “only test that tells you 6 days before your missed period.” It worked! I got a positive result on both tests three days before my missed period. This was very exciting, but these tests are not cheap. A three pack at Walmart will run you about $15.

Shortly thereafter I was talking with a girlfriend, who has three kids. She told me I was crazy for paying so much for the tests. She used dollar store tests for her kids and the result was the same it would have been with the more expensive brand. If you’re pregnant, you’re pregnant, she told me.

Well, I may get things like toothpaste, toothbrushes and gift bags at the dollar store, but a pregnancy test? That seemed kind of… like a no-no. I mean, I am all for saving a buck or, ten, but dollar store pregnancy tests??

When I became pregnant the second time around, I experimented with that dollar store bargain. What would it hurt – I would waste a dollar or two. The dollar store tests also claimed to be 99.9% accurate so I felt like it was worth it.

I had other tell tale signs that I was pregnant, so I decided to give it a shot only 8 days after conception. I took the test first thing in the morning, and after three short minutes, my suspicions were confirmed. I took another just for good measure. Positive. I had my result and had only spent $2. I put that other $13 towards the “Big Brothers Rule” shirt from Gymboree for my son. That is how we told people we were expecting again.

Here’s the deal: any pregnancy test is looking for the pregnancy hormone hCG. You only produce this hormone IF you are definitely pregnant. That is why you can get a false negative, you may have too small amount for the test to detect. However a false positive is very rare. A false positive can be cause by the following things: improper testing, hCG therapy, medical conditions, and a faulty test (why I always take two). All of these situations are rare, which is the .01%.

So really, there is no “best pregnancy test.” If you are pregnant and have passes the 8-9 day time frame, you will likely test positive with just about any test.

If you are testing early,you want to look for a test that detects the lowest amount of hCG possible. Here is a list of 25 popular pregnancy tests and their hCG testing levels.

Heidi Klum Opens Up About Her Children To Elle