TMI: Khloe Kardashian Shares Details on How She Is Trying To Get Pregnant 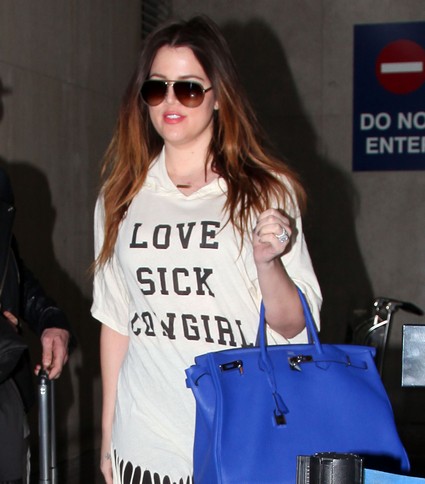 The Kardashians don’t know how to live their lives off camera. They’ve never heard of the phrase ‘too much information’. Khloe Kardashian, 27,  is keeping up the family tradition of over-sharing with her latest revelation.  She’s announced husband Lamar Odom and her have a very active sex life and how they are trying to get pregnant.

We were both like, `OK, this is like, I don’t want to be told, when (to have sex)’ … like it’s too much and it’s too strategic. It’s supposed to be romantic, so I now stopped all of that. … We’re enjoying each other, we have a very active love life’.

There’s been a lot of talk about Khloe and Lamar undergoing fertility treatments. They’ve denied the stories which surfaced late last year…the famous sister even taking to Twitter to set the record straight ‘I am not at this time in my life considering any type of fertility treatments. If and when I do, I will shout it from the rooftops but for now its in Gods hands‘.

There those Kardashians go again! Too much information!

Victoria Beckham Loves Being Pregnant and May Have More Children