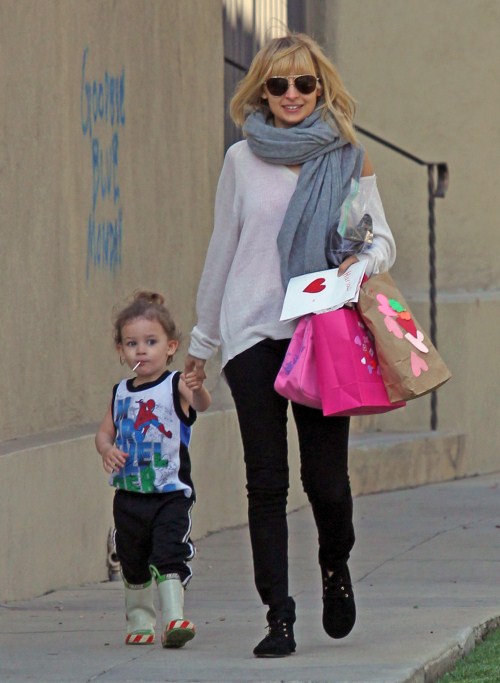 Nicole Richie and her husband Joel Madden picked up their four-year-old daughter Harlow and two-year-old son Sparrow from school in Los Angeles, Ca on Tuesday.  Richie carried her two tots Valentine’s gifts while holding Sparrow’s hands. Madden held Harlow’s hand as she sucked on a lollipop.

Richie and Madden threw Harlow a Toy Story themed party for her birthday that passed in January. Her party was attended by 35 kids – including Rachel Zoe’s son Skyler, Tobey Maguire’s Children, Gwen Stefani’s children Kingston and Zuma Rossdale.  Apparently, Harlow was so happy she started to cry.

“Harlow started crying when everyone sang happy birthday and Joel said she was crying tears of joy,” said an insider.

“Everyone had a blast and Joel and Nicole said it was their best kids party yet.”