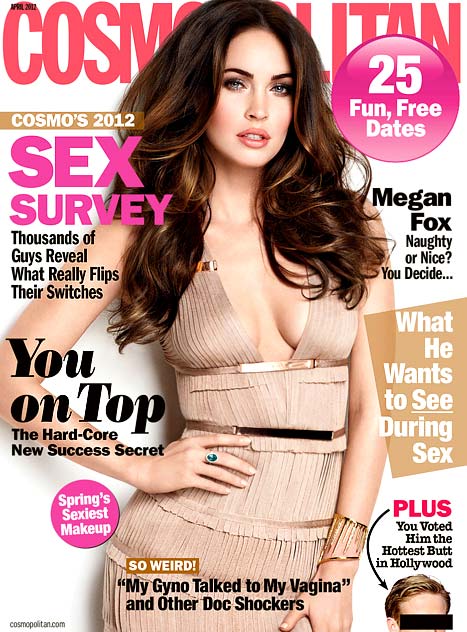 Megan Fox cover is the cover girl of the April issue of Cosmopolitan. In an interview for magazine, Fox reveals she wants to start a family with her husband of nearly two years Brian Austin Green.

“I’ve always been maternal,” She added.

When Fox first began dating Green in 2004, “I didn’t know who he was,” the actress admits. “I was too young for Beverly Hills, 90210. But the first time I saw him, I got butterflies. And the first time he casually touched me? There was so much electricity.”

Marriage hasn’t always been easy, Fox admits, but she doesn’t regret tying the knot with Green in Hawaii in June 2010.

“We’ve had obstacles, and we’ve overcome them,” Fox says. “I truly feel like he’s my soul mate. I don’t want to sound corny or cliche, but I do believe we are detained to live this part of our lives together.”

Nicole Richie On Daughter Harlow: “I Try And Let Her Be a Kid”