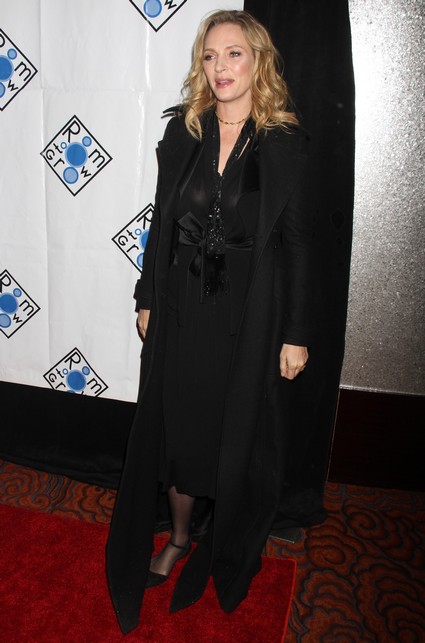 Uma Thurman, 41, who has 13-year-old daughter Maya and 10-year-old son Levon, with ex-husband Ethan Hawke – is expecting her first kid with her businessman boyfriend Arpad Busson.

A friend of Uma’s told Life & Style magazine: “Yes, Uma is pregnant! She hasn’t announced it yet, but a lot of her friends were asking her because they could tell the difference when they saw her at New York Fashion Week. She’s usually so skinny, but now she has the cutest little bump and a glow about her.”

The couple – who reunited last year following a split in November 2009 – are said to be “excited” about the news, with the baby thought to be due in late summer 2012.

Earlier this year, the blonde beauty – who was also previously married to actor Gary Oldman – revealed she is happier in her love life more than she has been in “many, many years”.

She explained: “I have something I would really like to express about my love life. I’m happier with it now than I’ve been in many, many years. Yes I’m trying to have as peaceful a personal life as possible.”