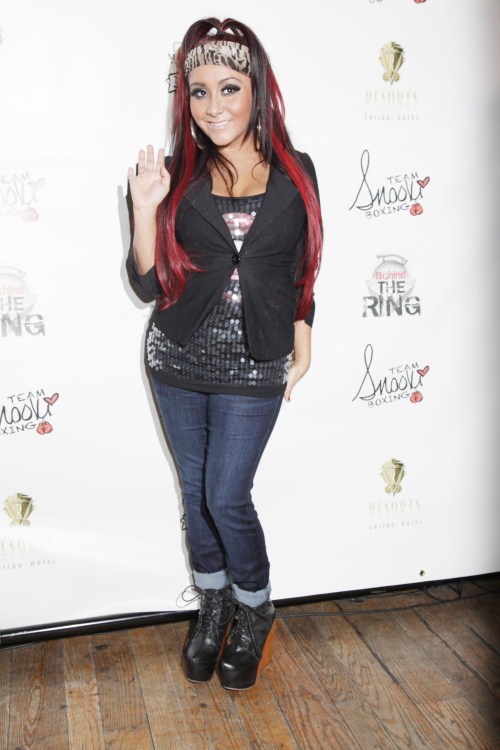 “She is pregnant and has only told her closest friends and some family,” an insider told Star Magazine.

“She’s been telling people that she has a big announcement coming.”

Snooki will soon be starring in a Jersey Shore spin off with her MTV co-star Jenni “J-Woww” Farley and her new arrival will be part of the plot.

“They are having to redo the creative direction of her spin-off because of her pregnancy.”

What do you think of Snooki having a little guidette?

Gwyneth Paltrow: “I Miss America, But I love Living In The UK”

Are You Running Out To Buy? Snooki is Designing A New Line Of Children’s…