Gwyneth Paltrow: “I Miss America, But I love Living In The UK” 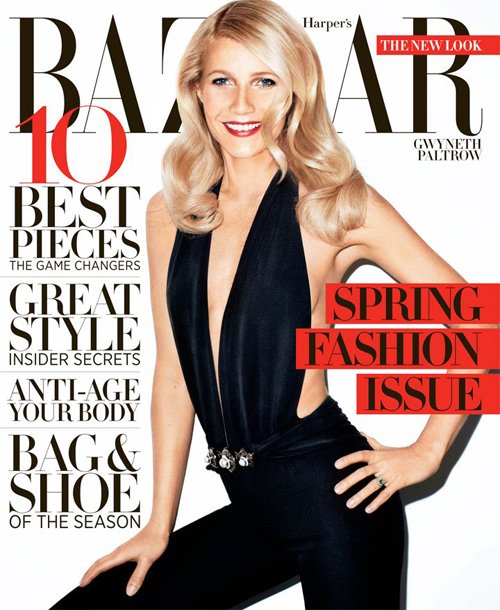 Gwyneth Paltrow graces the cover of Harpers Bazaar March 2012 issue  in a photo shoot by photographer Terry Richardson.  In the magazine which hits newsstands February 14, Paltrow opens up about her family and why England is the perfect place for raise her children.

The mother of two praises England for its anti-paparazzi rules and how it benefits her children.

“In England, people are cool. They’re really laid back and calm. Beyonce did the school run with me once, and everyone was fine. They also have really good anti-paparazzi rules. If you’re driving in a car and they make you feel freaked out, that’s against the law. They can’t put you in a magazine unless they pixelate the kids’ faces. I miss America, but I love living in the UK.”

Paltrow says her and husband of nine years singer, Chris Martin are hands on parents and try to do most things for their children.

“He’s very communicative, which is rare for a British man. If I’m in L.A. for three days working, then my husband does the school run; it’s always one of us.”

Although, the family has a nanny to help out.

“She’s French, so she’s teaching them French, and their previous nanny was Spanish, so they’re fluent in Spanish,” Paltrow explains.

Finally, Paltrow insists she is not afraid of aging like most of Hollywood.

“I’ll take my wrinkles. I don’t like the Botox thing.” she told.