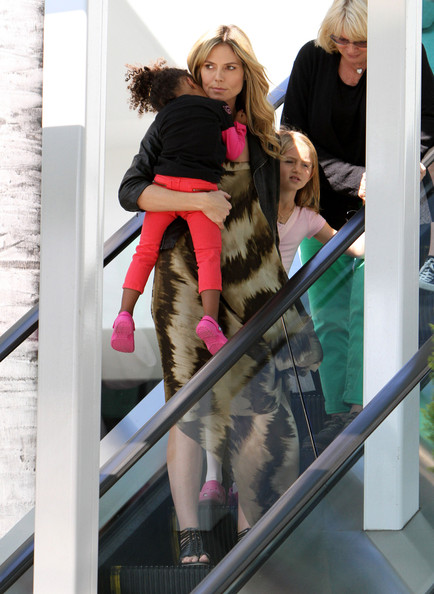 Heidi Klum is one busy mom!

She was spotted taking and picking up her kids Leni, Henry, Johan and Lou from karate and ballet class in Santa Monica, Ca on Saturday. After, she took them to a  private birthday party. Klum who wore a long flowing dress looked to be having fun while blowing bubbles at the party.

Klum’s estranged husband Seal recently defended being open about their split in interviews.

“When you publicise your marriage as much as our marriage was publicised, when you renew wedding vows, when you do all those things, what you are saying to people is … you’re giving people a picture of an ideal relationship that people aspire to,” Seal said.

“When it goes south, you can’t all of a sudden take the philosophy of a monk and decide to go for a vow of silence. It doesn’t really work like that.I respect my wife’s decision not to talk about that, but I felt that people at least deserved some kind of explanation why the picture of the ideal wasn’t what they thought it was,” he added.