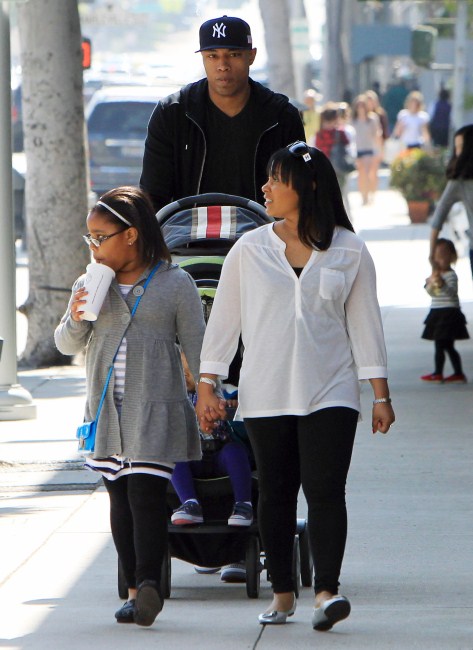 NBA player Caron Butler enjoyed a day out with his family in Beverly Hills, California on Saturday. Butler took a stroll with his wife Andrean daughters Mia, Camary and son Caron Jr. after lunch at a local Chipotle Mexican Grill.

Butler recently received his NBA Championship ring after helping the Dallas Mavericks clinch the league championship in 2011.  He no longer plays for the Mavericks, but was honored with a standing ovation and video tribute before one of the Mavericks games.