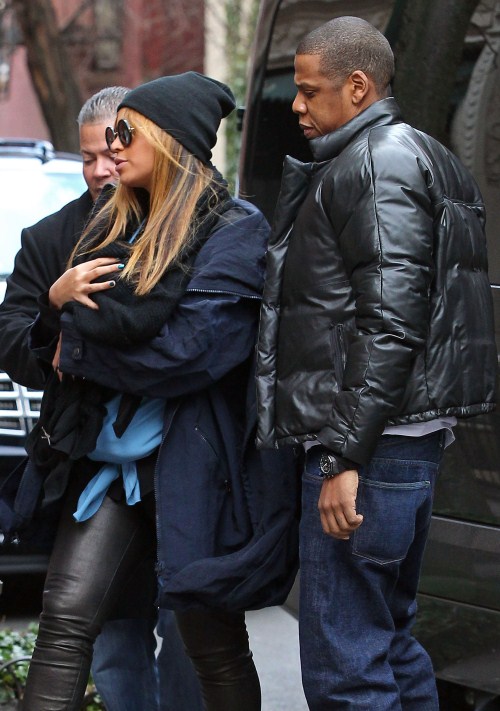 Beyonce Knowles and Jay-Z were spotted taking their 1-month-old daughter Blue Ivy Carter for her first public outing. The family caught a late lunch at Sant Ambroeus in New York City on Saturday. Beyonce who dressed casual carried little Blue in a wrap with a black covering to protect her from the flashing light bulbs.

It was recently rumored that Beyonce was considering becoming a judge on Simon Cowell’s UK  X Factor. She apparently asked for $50 million.

A source close to ITV said: “Even Simon was shocked by the scale of Beyonce’s demands. However, she would be an incredible signing.”