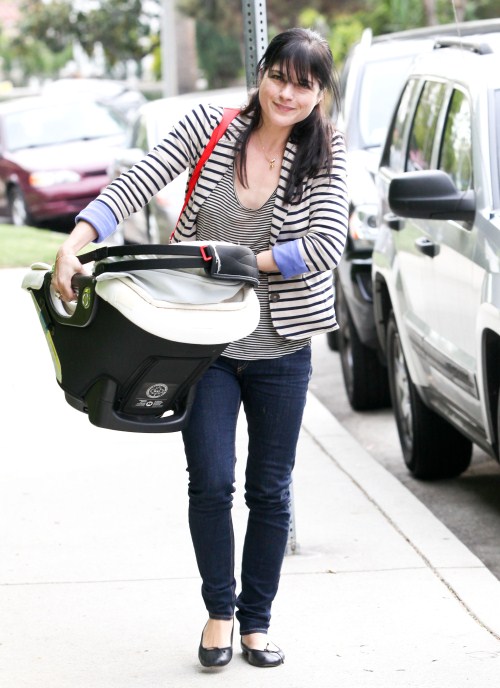 Selma Blair was spotted taking her 6-month-old son Arthur Bleick to visit his grandmother (her mother)  in Los Angeles, Ca on Monday.  Blair was dressed in blue skinny jeans with a striped shirt and jacket as she carried Arthur in a Orbit Baby car seat.  Arthur is obviously having now problems growing because Blair had to strain to pick up her little tot.

It was announced late last night that Blair has put her 2,900-square-feet West Hollywood  bungalow on the market for $1.78 million dollars. The  luxurious home boasts  three bedrooms and three and a half bathrooms. The gated home was built back in 1922,  but is reported in the sales listing as having been ‘extensively renovated in contemporary fashion.’.