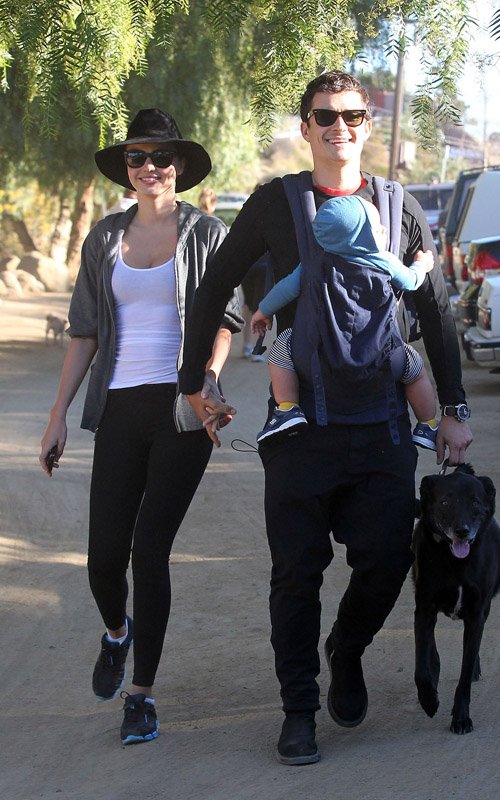 Orlando Bloom spent his 35th birthday taking a hike with his wife Miranda Kerr and their newly 1-year-old son Flynn.  The trio looked like the picture perfect family as they hiked on Runyon Canyon trail in Ca. Bloom smiled and held Kerr’s hand while carrying Flynn in an organic Ergo carrier. The trio were also accompanied by their adorable black family dog.

On Thursday, Kerr was named the new ambassador for the Aussie airline Qantas.

‘I grew up with Qantas which is such an iconic Australian brand. I’m proud of my Australian heritage and I’m so excited that I will now be able to represent Australia’s premium airline around the world,” Kerr told at a cocktail party to officially announce the news.