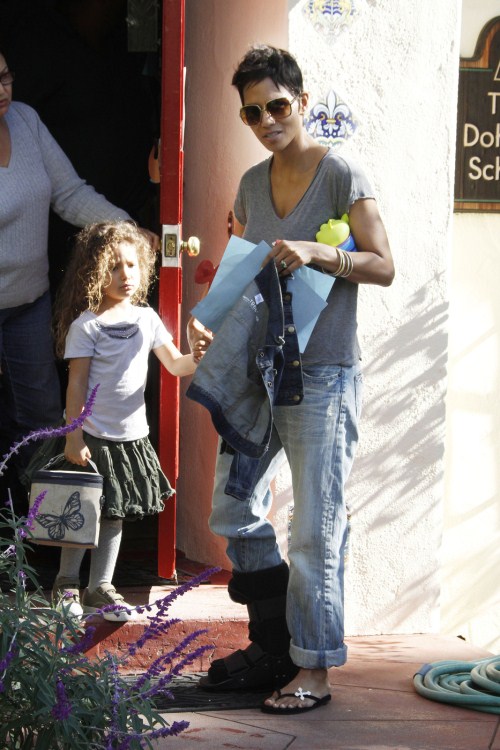 Halle Berry was spotted on Friday picking up daughter Nahla Aubry from school and sporting a hard black cast. Berry has had that cast for the last week or so but is fighting through it like a champ, picking her girl up from school on a regular basis.

Rumours have been circulating that Halle Berry and Oliver Martinez  were at the threshold of taking the next step in their relationship. These were seething even more after Kylie Minogue’s mega announcement on Friday:

Tweeted the Australian pop singer last Wednesday, who was formerly romantically involved with the French actor for four years. No grudges appear to have remained on Minogue’s part who said “He’s the most honorable man I have ever met,” about Martinez. Maybe this could be the one for Berry?

According to reports Berry and Martinez have been together since late 2010 but their engagement is anything but official. So we’ll have to shush for just a little longer even though it seems apparent to anyone that has seen Berry’s recent emerald ring what the plans are to be.