Michelle Williams: “I Really Expected Or Imagined, That Matilda Would Have Siblings” 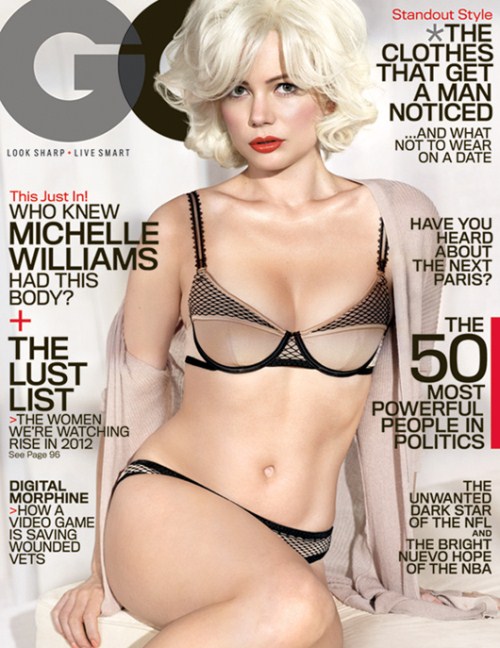 Michelle Williams covers the February issue of GQ Magazine dressed up as Marilyn Monroe while posing in Stella McCartney lingerie. In a interview with the magazine, Williams who just won a Golden Globe for her performance in My weekend With Marilyn opens up about her relationship with Heath Ledger and how his death affected their daughter, Matilda.

William says she is unsure if her and Ledger who passed away in 2008 would have reconciled, but admits she often dreams of it.

Williams tells that she always imagined that their daughter Matilda would having siblings.

“I really wanted, and I really expected or imagined, that Matilda would have siblings that were close to her age. I wanted that for her. But I couldn’t make that happen,” Williams explains. “And now that she’s 6 that isn’t even a possibility anymore. So something that was making me feel impatient, that’s been removed. For whatever reason, that’s not our luck, or our path.”