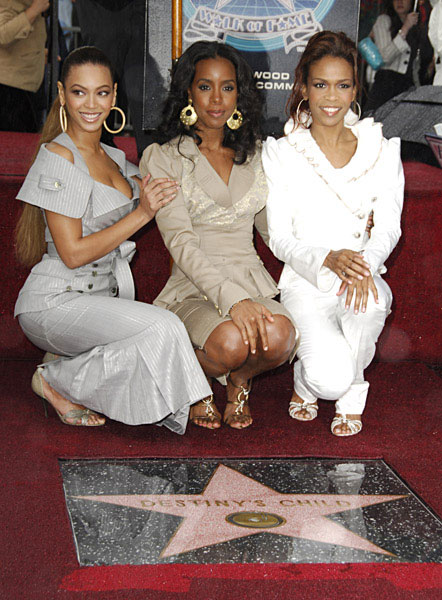 Destiny’s Child member Kelly Rowland and Michelle Williams(the other Michelle Williams)| have been doting of Beyonce & Jay-Z’s little wondergirl. The former bandmates of Beyonce have gone to see their friend and say that the couple have taken very well to their new roles of parenthood. Williams said Blue Ivy: “She is absolutely gorgeous. We were all in love. Beyonce and Jay-Z have already settled into their role of being parents, and it’s just awesome to see.”

Did seeing Blue Ivy inspire Michelle Williams? She said upon seeing the baby: “They might have inspired me a little bit, but this ring finger got to get a little more heavy first!”

Asked about the looks of Blue Ivy, Rowland responded during the BET honors awards in Washington: “That will be something that everybody will have to experience the same way I did. That’s for her parents to disclose, not myself.” Too bad, Blue Ivy’s looks are still a mystery. How much longer can we go on like this?

When asked about how she felt about having kids and babysitting, Rowland responded :”I will babysit and change a diaper or two, and then give it back. I do want kids, but every time I think about a little person growing inside of me and getting bigger and bigger and then having to come out – a watermelon coming out of something the size of a lemon is insane to me.”

Michelle Williams: “I Consider Myself A Mother First And An Actress Second”

The Three Best Dressed Celeb Mom’s At The Golden Globes