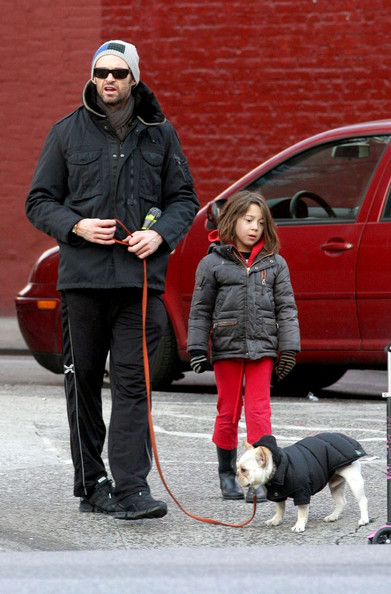 Yummy daddy, Hugh Jackman was spotted taking a stroll with his six-year-old daughter Ava and their adorable bulldog Peaches on Tuesday.  Jackman walked with Peaches while Ava rode her scooter across the busy roads of New York City.  Jackman, Ava and their bulldog wore warm winter jackets.

“About a week ago [my kids] came on a Sunday matinee. I said, ‘Guys, look, you can be honest with me. Do you like the show?’