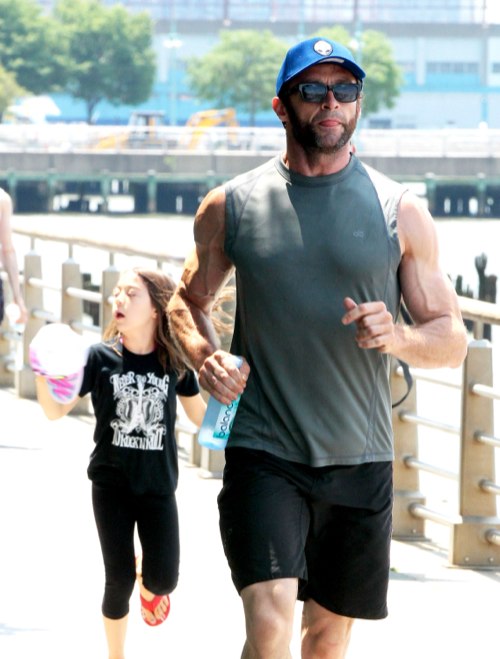 Hugh Jackman and his daughter Ava enjoyed a day together at the Riverside Park in New York City on Sunday (June 2).

The Movie 43 actor looked ripped while running waterside with Ava. After they soaked up the sun while playing on playground set together.

Jackman can be see on the big screen this summer starring as Wolverine in the new film, The Wolverine.

Talking to Entertainment Weekly, the actor admitted the 2009′s “X-Men Origins: Wolverine” was a bit of a disappointment, but this second feature will be more focused .

“I had something to prove, and we could have done better,” the actor said. “Somehow the first Wolverine movie ended up looking like the fourth X-Men — just with different characters. I left unsure if we’d achieved our goal, which was to make sure people understood my character.”

“This movie will really get to his core,” Jackman adds. “Fingers crossed that we’ve done it this time. I’m pretty confident we have.”

Kim Kardashian Confirms She Is Pregnant With a Baby Girl