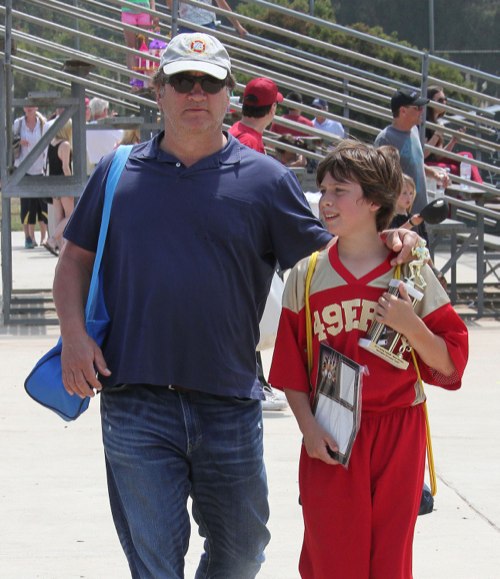 Jim Belushi was spotted cheering on  his son Jared at his soccer game in Brentwood, CA on Saturday (June 1).

The Thunderstruck actor was dressed casually in a navy polo shirt and jeans as he rested his arm around Jared.

Also in attendance, were Calista Flockhart and Harrison Ford. They were at the game to cheer on their son Liam who also playing in the game.

Belushi insists he is the strict parent and that his wife Jennifer Sloan is much easier on their kids.

“She is the nicest girl ever. I keep telling her I married you because your nice to nice to me, but u got to be a little tougher with the kids,” he said jokingly on The Rosie Show. “My wife and I don’t fight about anything except for you know she is really easy and I am really tough and we are always trying to compromise and find the middle.”

Who is the though parent in your family? You or your significant other?