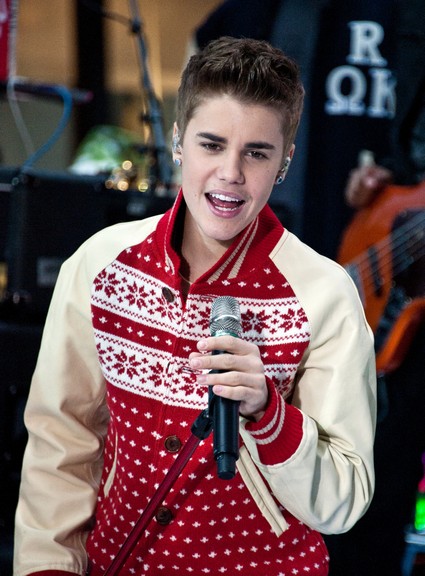 Justin Bieber, 17,  won’t be allowed to babysit Mariah Carey’s twins  because he is too young!

Justin hit it off with the Mariah, 41,  when they filmed a video for their duet of Mariah’s single ‘All I Want for Christmas Is You’ recently, but despite their friendship Mariah’s husband Nick Cannon has no plans to let the 17-year-old popstar care for their seven-month-old babies Moroccan and Monroe.

He said: “Justin didn’t meet our kids because Mariah didn’t bring them to the set of the video. I think he will eventually but hell no [would I ever let him baby-sit]!”

Nick recently revealed his spouse is in her element planning the babies’ first Christmas and the family will spend the holiday season in the exclusive ski resort of Apsen, Colorado where they will “be as festive as we can.”

He added: “I think my wife has been planning this all her life, Christmas with the kids. We always have a real Santa Claus come with real reindeer on Christmas Eve, but this is the first time with our own children.”

What do you think, would you let the Biebs babysit your children?