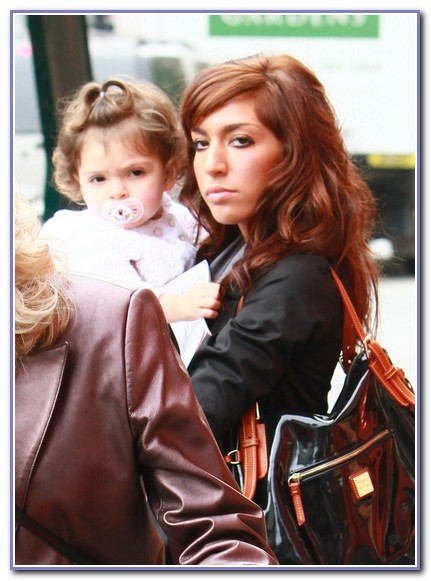 Teen Mom Farrah Abraham, 20, who was recently whining because she needed a break from her two year old daughter is now saying she wants Sophia back and she regrets wanting to leave her.

From Life & Style print version: “Farrah plans to do a lot more bonding with Sophia.  Farrah’s in the process of bringing Sophia to Florida for good, says a friend of the Teen Mom star.  She’s been talking to her mother abut moving to Florida with Sophia.  This way, Farrah can still continue with her sudies and have her daughte with her, and her mom would be there to give her the extra help she needs”

She claims that the reason she needed a break from her daughter is that she was really stressed after the death of her fiancé Derek Underwood.  Farrah is getting help from Dr. Drew Pinksky.  Such a sad story hard to understand how she could have left her daughter with her mother who she domestic violence charges.  Time for Farrah to grow up and take care of her daughter!