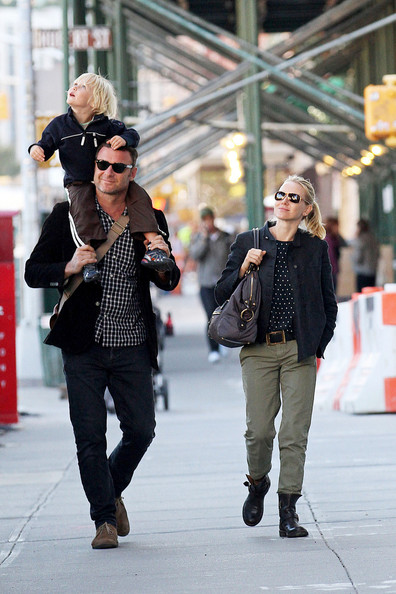 Naomi Watts and Liev Schreiber were seen walking with their son Sasha in NYC on Thursday.  Their two-year-old son Samuel was absent. Sasha got to see the surrounding sights high up as Schreiber carried him on his shoulders.   They eventually hailed a taxi cab and drove off to an unknown destination. The family looked stylish in fall clothes.  Schreiber wore jeans, a plaid shirt and black jacket while Watts sported green pants, boots, and coat.

Watts recently revealed she is happy that she isn’t a young mother because she feels she couldn’t have been as dedicated to her two sons as she is now.

“I had a lot I wanted to do when I was younger, and perhaps I wouldn’t have been as focused. I got a lot out of the way in terms of my own dreams. You grow up and hopefully become more self-aware. I think I’m a better parent.”