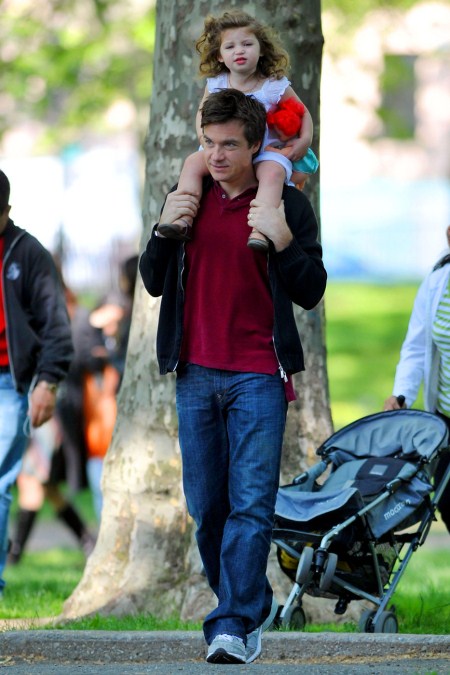 Jason Bateman has decided to move his family to New York City while he films his new movie in the city.

“Jason is moving his whole family to NYC for the next two months for work, including his wife and young daughter. He chose that they needed a home and not a hotel,” a source told.

“They decided that the best option was to stay at their friend Amanda Peet’s New York home while she is living in LA.”

Jason recently insisted he never misses his wife Amanda Anka, when work forces them apart because she’s there every time he turns on a TV. Anka, is voice-over artist and can be heard on dozens of commercials on US TV.

“My wife has her own career and is actually busier than I am,” says Jason.

“My kid and I are always hearing her on TV so it can be very soothing when we can’t be together.”