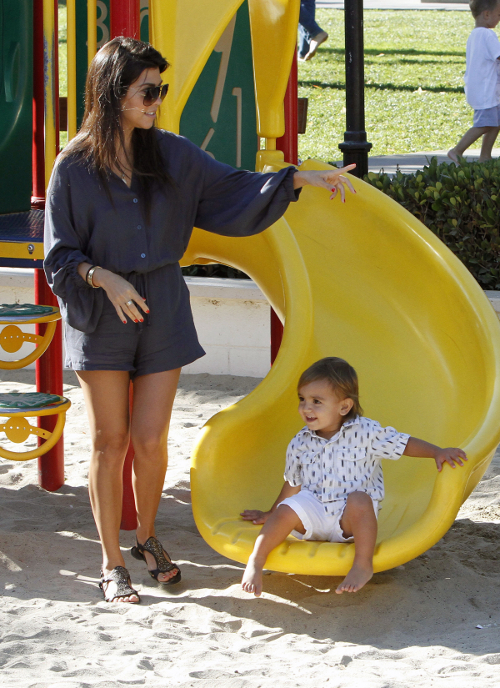 While appearing as a co-host on NBC’s Today show, Kourtney Kardashian revealed she in no longer breastfeeding son Mason.

“I think I stopped early because my sisters said it’s time, it’s time. I did 14 months, but I think next time I would do two years. I don’t know, I miss it! I loved it and there’s always, like, the debate over what kind of milk to do. The first two years, milk is so important for their brains and for growing.”

Kardashian also being in the limelight can be a little weird at time.  She admits its odd when people come up to her and talk like they know her son.

“It is like a little bit weird just because then everyone does feel like they know him so well and everytime we see people, ‘I love your son, I love your son!’ It’s sweet but then it’s like okay, he’s just a little baby or if people say hi to him on the street and stuff he just doesn’t know like how do you know him.”

Fisher-Cohen Family Touch Down In Sydney