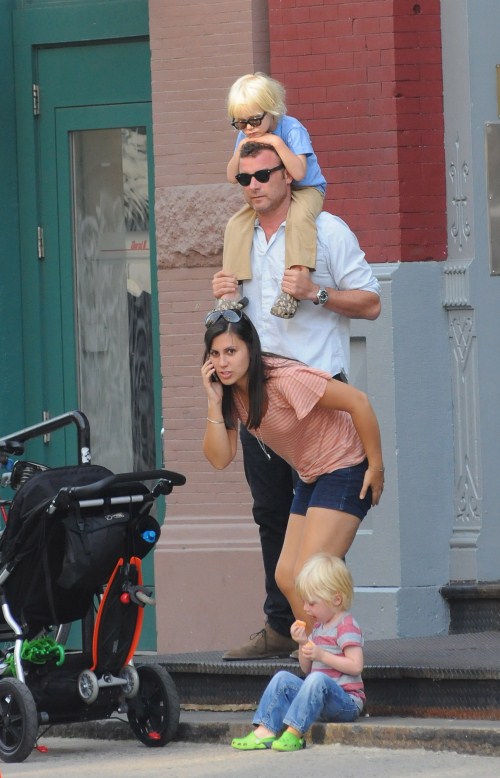 Liev Schreiber is one cute daddy! He was seen giving his cute son Sasha a piggyback ride in New York City on Monday.  A nanny pushed Schreiber’s younger son in a stroller.  At one point, they took a rest from their stroll to let Kai have a quick snack.

Schreiber recently fired back at reports that he cheated on his long-time partner Naomi Watts.

‘This is a complete fabrication and I’m passing it along to Mr. Schreiber’s attorney to handle,’ the 44-year-old actor’s spokesperson told Radar Online.

Phoebe Roberts, the women Schreiber is accused of cheating with has also claimed the rumors are false.

Sarah Jessica Parker Takes Her Twins Out For The Day